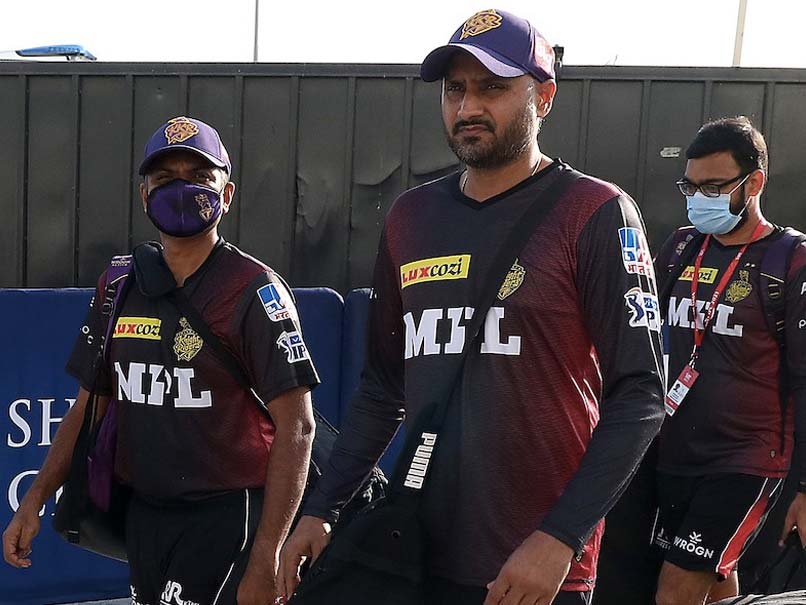 Harbhajan Singh said he doesn’t know if he is “going to play further” but is enjoying his time in KKR.© BCCI/IPL

One of the most decorated Indian spinners of our time, Harbhajan Singh revealed what could be in store for him in the Indian Premier League (IPL) in the future. Harbhajan, speaking mid-match during his team Kolkata Knight Riders’ (KKR) fixture against Rajasthan Royals, spoke about the possibility of taking up a coaching role after ending his career as a player. While talking to the commentators, he casually stated, “Don’t know if I’m going to play further but enjoying my time in KKR.”

On being asked whether he would take up a coaching or a mentor role in future, Harbhajan replied:

“Yeah obviously… Cricket has been the biggest thing that happened to me, I would like to serve Indian cricket in whatever way I can. Whether it’s coaching or a mentor, I’d be more than happy to do the needful and help the team,” he said.

KKR registered a superb 86-run victory over Rajasthan Royals (RR) on Thursday. KKR along with Delhi Capitals, Chennai Super Kings and Royal Challengers Bangalore have qualified for the playoffs this season.

With important matches coming up, Harbhajan could be a good choice owing to his experience of playing big matches before.

In IPL 2021, Harbhajan has only played three matches for KKR so far. His wicketless tally has been a concern for skipper Eoin Morgan, something that has kept him out of favour.

Overall, Harbhajan has played 163 IPL matches for different franchises, taking 150 wickets at an average of 26.86 and an economy of 7.07.