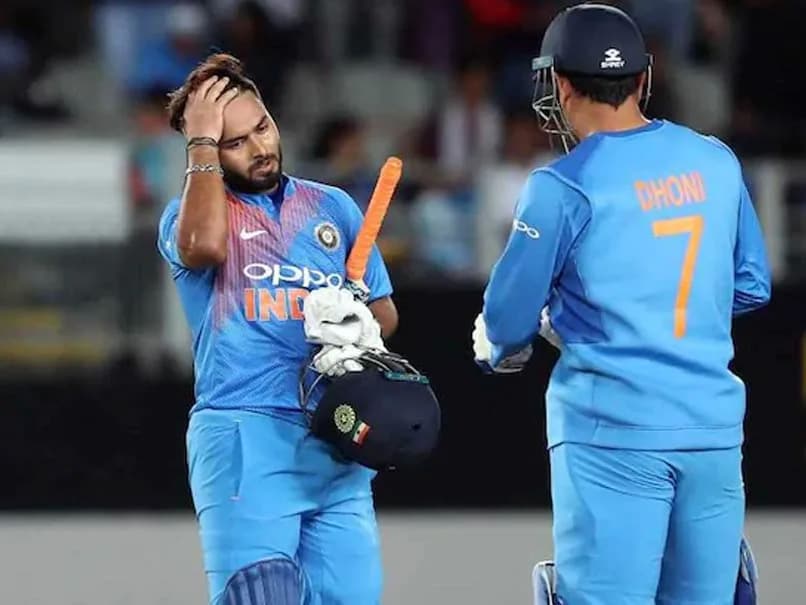 Filling MS Dhoni’s shoes in the Indian cricket team was never going to be an easy job, as Rishabh Pant found out when he made his international debut in 2017. Pant played for the India T20I side in 2017 as a 19-year-old. Coming in as the wicketkeeper-batsman in place of Dhoni, he was subjected to a burden of high expectations and found the going tough at times in his initial months in the Indian cricket team. In recent times, Pant has become India’s first-choice wicket-keeper across all formats. That wasn’t the case in his initial couple of years.

As India teammate Yuzvendra Chahal recently explained, Pant found himself under unusually high pressure when he came in as a youngster into the team.

“Everyone got accustomed to watching Mahi bhai (MS Dhoni), so people wanted him to play like Mahi bhai. I remember that if Pant dropped a catch or a DRS call went wrong, the whole ground would start shouting ‘Mahi bhai, Mahi bhai’. That would bring a lot of pressure on a young player like him,” Chahal said in a chat with SGTV.

“That time he was only 19 or 20. I think the improvement he has shown since, the way he came back, it shows how mature he has become,” Chahal added.

Asked how Pant and the team reacted when the crowd at a stadium chanted for Dhoni, Chahal replied: “We would tell him to ignore it because we understood how he must have felt on the inside.”